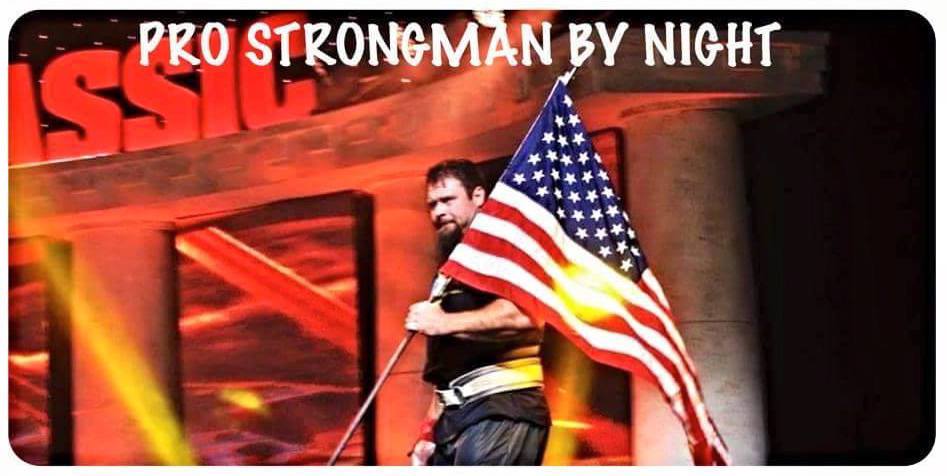 3oo something out pounds…..

He will get stronger.

We will make him better. Faster.

‘Na nah nuh…nuh huh na nun na nuh naa..’ (think 6 million dollar man theme song)
okay okay, so Mike didn’t quite finish the way we wanted nor thought. But a little 5.5 month history real quick. Dating back in October 2014..Knee injury. Out 6 weeks! That sucked. No leg work. Well I wanted to do some things but imagine a 5’7 142lb female (I’m strong though) looking up at a 6 ton heavy. So, I say okay Mike whatever you need for now. LOL

ok anyway, it was amazing but not out of the question for him in my mind to get close to a 900lb Dead Lift by March 6, 2015. 1500b. Bale Tote? Besides his training Mike has shear heart and passion for what he does and sets out to achieve. 1100b Frame carry? That’s some heavy shit too. But you have all seen it now. Here is a lil more of what you did’t know. Mike had been sick for a few weeks. Couldn’t put on weight, cramped to all get out, and hurt his shoulder on the frame. So the deadlift and frame and Cry DB happened after the injury. Had he been healthy had he not hurt his shoulder … we all would be humming …

And I’m willing to bet he would have finished in the top 2 and a good chance at number 1. But these things happen and it sucks.

He didn’t quit though. That’s the thing. He got caught back at 7th (which damn near gave me and a few others heart failure. But Mike pulled it out and fought back to 4th. Not bad with only one comp lift to get it done. That last lift he finished with pure heart and will.

Let’s see what he does at the WORLD’S STRONGEST MAN!!!!

Which Squat Variation Should Athletes Use?