Sounds cool huh? Squat Unleashed. I like it…therefore…I used it for my article. Before we get into the square meal of what I want to talk about in Your Squat Unleashed (damn that’s badass) ..sorry ok, article…let’s make sure we know what page we all are on. 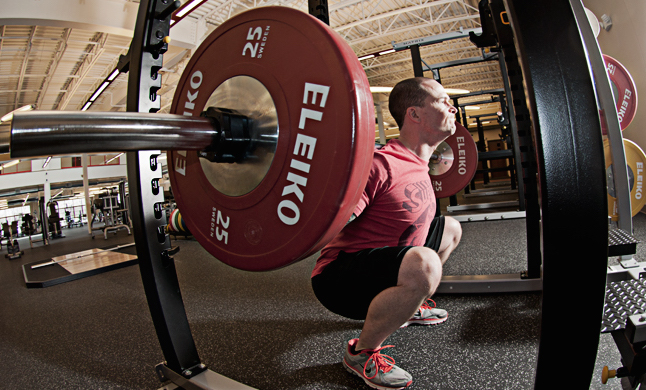 #1 – we know there are a thousand and probably more articles, blog posts, books, emails, voicemails etc on how to squat big numbers. This method that method. True there are some good methods out there for your routine. This leads me to #2.

#2 – PRINCIPLES. Principles People PRINCIPLES. The PPP. Do Not mistake it for O.P.P. please…lol. A lil back in the day.

What do I mean? Well a wise man once said, methods are many, but principles are few. I believe Ralph Waldo Emerson said that. I hope it was he who said that, but regardless I’m just glad I remember what was said (?). whoa. Anyway point made is there are many methods to doing something..aka better squat programs and so on. But if your principles aren’t in place I’m not so sure those methods would be so worthy. What are the principles? Well we may all have different ones. But I’ll shed light on a few of mine because hey there are only a few.

This isn’t my full definition of my philosophy but this will suffice for now.

So on to the square meal. Your Squat Unleashed. It’s not about your sets and reps. Not about how to load and progress. It’s truly about you. Your pattern from the ground up. We’ve seen corrective exercise shoot through the roof over the last 5-7 years talking about weak links and how to improve your pattern to squat. But I have found that it depends on each individual. I’ll explain. I had an awesome conversation with a guy who is my chiropractor, who has helped me find some intelligence in the world of being an athlete, training athletes, training all populations and helping me become a better strength coach yearly. His name is Doc. Ha really but his real name is Vince Lobato. Smart as hell guy. I can’t even explain to you how far advanced he is. And has been for a very long time. Any way, we were talking about squatting and my question to him was regarding natural knee hingeing in the squat. A ton of guys box squat, a ton of guys free squat, a ton of guys squat really wide and more than a ton of guys don’t squat at all. (We won’t talk about them though I would really like to).

So the discussion was basically about the coaching cue knees out. A very common cue. Because the good ole values stress (inward migration of the knee) and trying to control the knee. Therefore, corrective exercise specialists immediately went for the glutes region. Well maybe yes. Obviously one would have to know what your looking at and assess. But the table turned on that thought when Doc explained this to me. “Cueing the knees out going down is ok to a degree. And is ok should the knees get back to its natural path to hinge as we rise up in out of the squat. And of course without migrating too far into valgus. Here is the problem(s) if each squatter is not evaluated. Most of the time when one is cued to push knees out the equally roll outing supinate the foot as well. Which in tern means you cause a strain on the LCL ligament and the gracilis at the proximal attachment point. Not good.

And so if we don’t cue knees out then the possibility of one going down and up with the knees too far in could be disastrous too. Strain on the mcl, pets anserines and ACL scare. But this is why we assess. And what if we see pronation at the foot or supination at the foot? What if its unilateral? So I begged  this question of the DOC… so if I evaluated my client squatting with no shoes and they lift with no shoes obviously I’ll know whats happening at the feet.

I left that alone for a minute. What if we see one or the other or both in the feet while we squat? Speaking of pronation, supination at the foot. His answer? If there is no pain, no compensatory stress in the body anywhere then let it be. What?. Answering..we all have natural positions in the body. A slight varus tibia on one or both sides underneath the femur. An internally or externally rotated femur underneath the pelvis and above the tibia.  There pattern. Some may need adjustments and repositioning work. But unless they have pain, tweaks, or what have you they are good and will probably be strong.

All Purpose Deload Week What Is and Is not Training?