It’s happening. And youth elbows are increasingly wearing down. I believe the cause of the increase in Tommy John surgeries is multi-factoral. Honestly, there are no more ‘normal elbows’ anymore because of the youth sports scene and what it has become. You will either see low level calcification on the UCL, spurring, you see a lot of signs of wear and tear and this comes from playing year round, being less prepared in season… there is just more specialized training, etc.. Listen really it’s pure physics…if you throw hard there are going to be more injuries. You won’t have a hamstring injury if you don’t run fast. We are also seeing an increase from years ago in pitchers throwing sliders, cutters, which lead to a higher incidence of elbow problems. 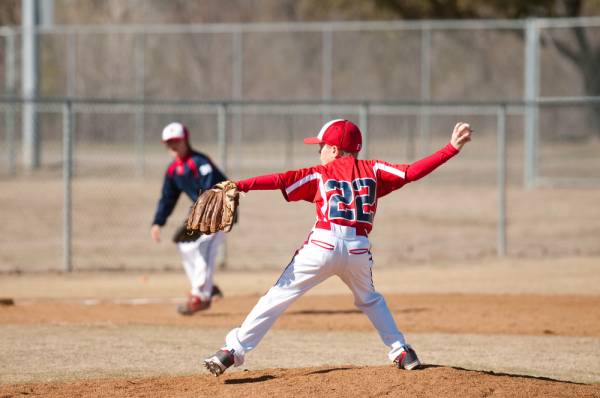 At the same time we’ve gotten better with diagnostics these last few years and we have found that surgeries can help as opposed to guys having to walk away from the game. So therefore, this too, is a reason why more surgeries are being performed.

I think that good training can improve and reduce injuries, but really I think the important thing to look at is the long term athletic development model. Here is an example:

Florida is a poor model given that the baseball kids start up January 2nd which is about 2 months earlier than the rest of the country (besides maybe AZ). They continue on through May as the rest of nation does. Most continue on after high school ball right into summer ball. So Florida baseball players technically have from October or even November till Jan 1 off. That’s not a lot of time away from the game. Whereas, here in Colorado kids start March or mid March and move through that same path. Though we are done by October. Though with the early specialization bug there are enough facilities that give opportunity to continue on as opposed to participating in another sport for full development of the whole athlete.

Of the kids I see today in 2016 and the kids I saw back in 2007 are markedly less athletic. They’ve been dramatically detrained and then we throw them in the most specialized sport on the earth. That’s why they are falling apart.

Sometimes, and I’ve seen this because I have several athletes I work with, who will go down a path less traveled and decide not to play with their buddies in a bunch of games and and choose to train, learn recovery skills and at one point was clocked throwing 89-91mph and goes to throw in his first scrimmage and clocks throwing 97mph… that’s setting a good mark for being a draft choice there.

Thinking safety instead of every tournament and showcase year round is key. You can choose to work on full development, understanding your own unique body, re-establish the differences between pre-season, in-season and off-season and really take care of your arm, in this case throwers.

For me as a performance coach the importance should be placed arm care, strength and recovery methods. They do so much already that I think adding in some recoup is indicated.